Hestia is a goddess most strongly associated with the hearth in ancient Greece, and was one of several gods & goddesses worshiped throughout those lands. The hearth, more so now the kitchen, is the source of security, comfort, and family ties.

In modern practice, Hestia is seen as a goddess of the home, family, hospitality, kitchen witchery, and local, sacred power. Among the offerings given to her are fruits, flowers, scented oil, frankincense, wine, and even coffee.

As the cult of Hestia was largely a family practice no grand statues of her adorned temples in ancient times. This statue draws upon what is known about her from ancient and modern practice. She is veiled to represent her purity, and holds aloft grapes to represent the larder over which she presides, and the hope that it will ever be full. In her other arm are loaves of bread, and at her belt hangs a set of keys: these objects represent hearth and home, respectively. Her feet are bare, symbolizing purity, and stand upon a base, which appears old and cracked. This shows that while she is often quiet, Hestia is older than the stones themselves, and will be youthful long after they have turned to dust.

The offering bowl before Hestia is removable, allowing the statue to be used as receiver of offerings. It can be washed after offerings of food, drink, or oil are disposed of in a respectful manner. Open flames in the bowl are not recommended, as the rising heat could damage her arm.

Each statue is individually hand cast and finished in antique white by the artist, Joe Laudati, himself. 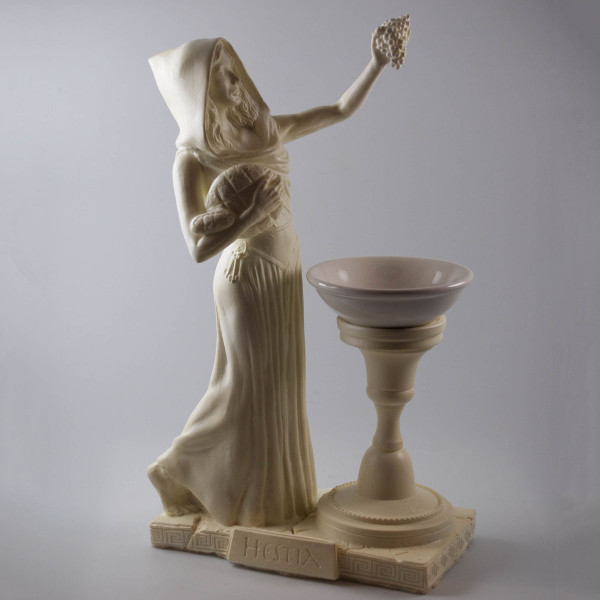 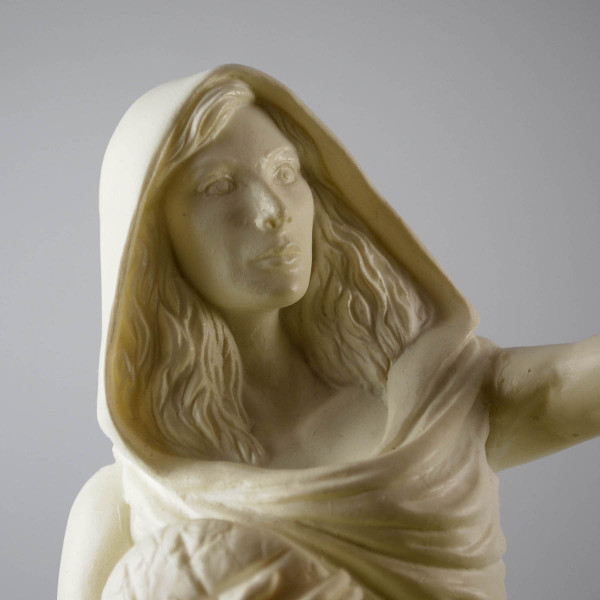 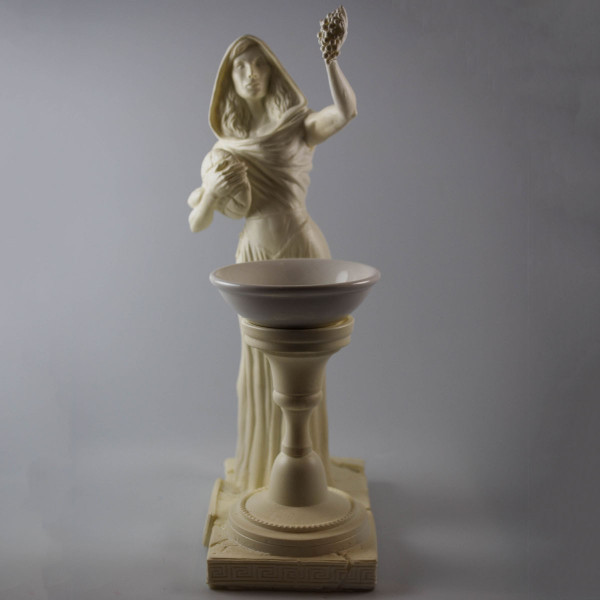 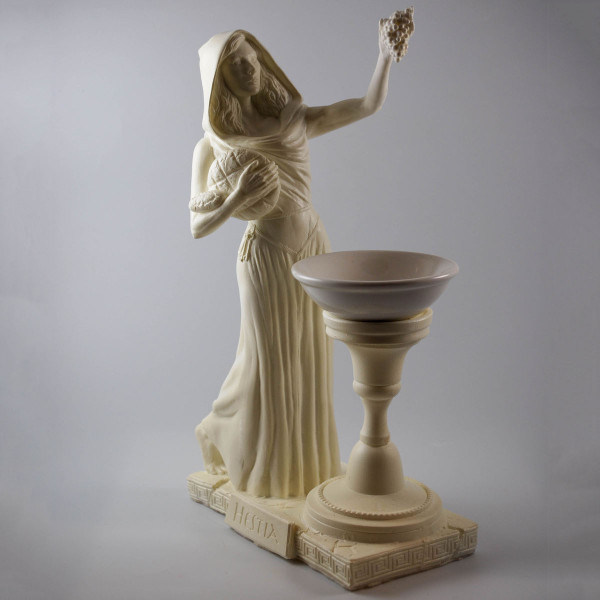 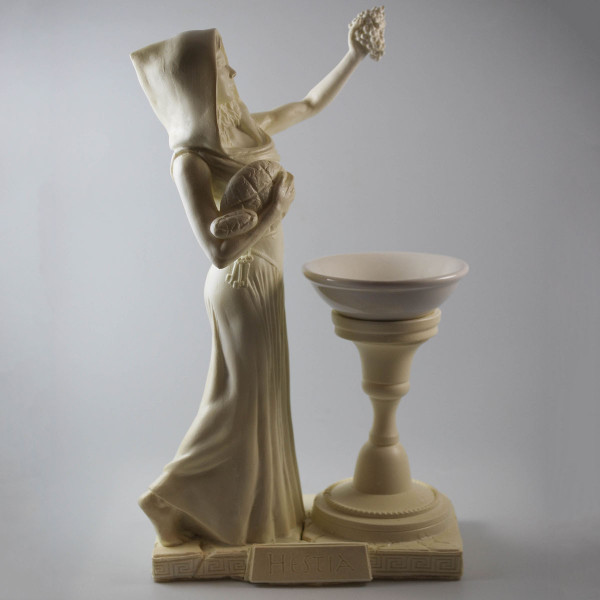 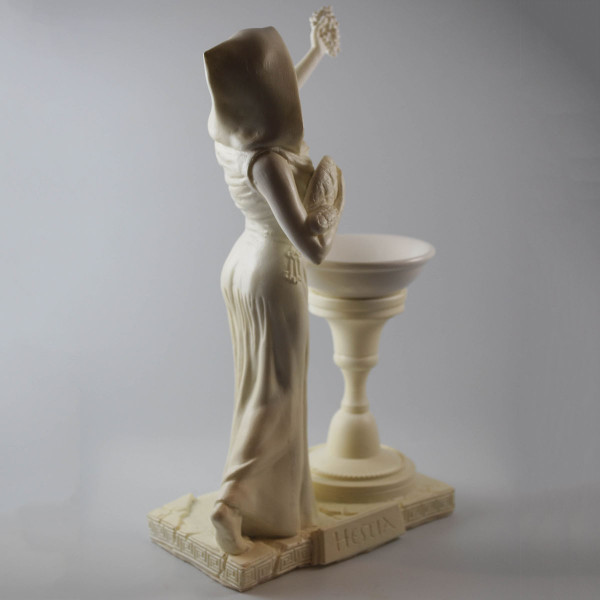 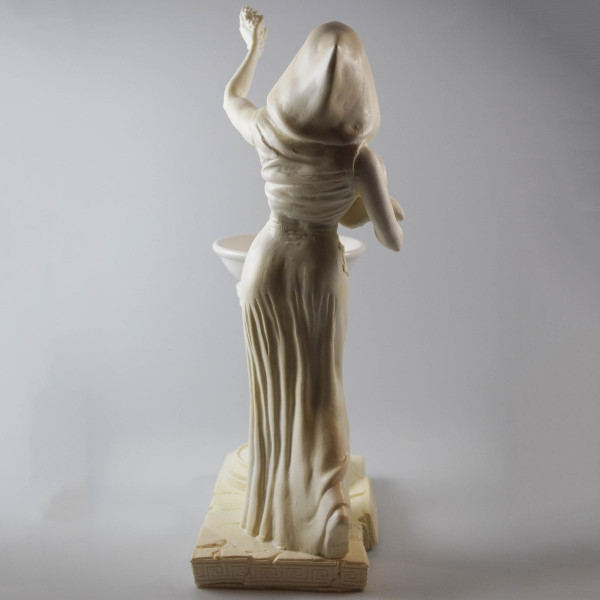 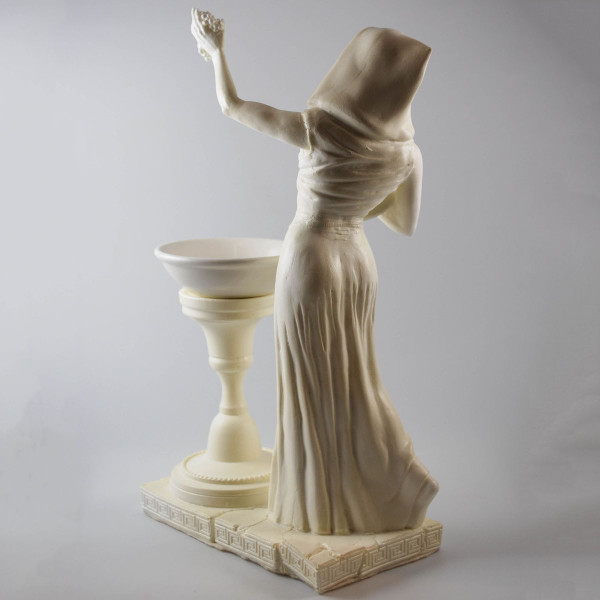 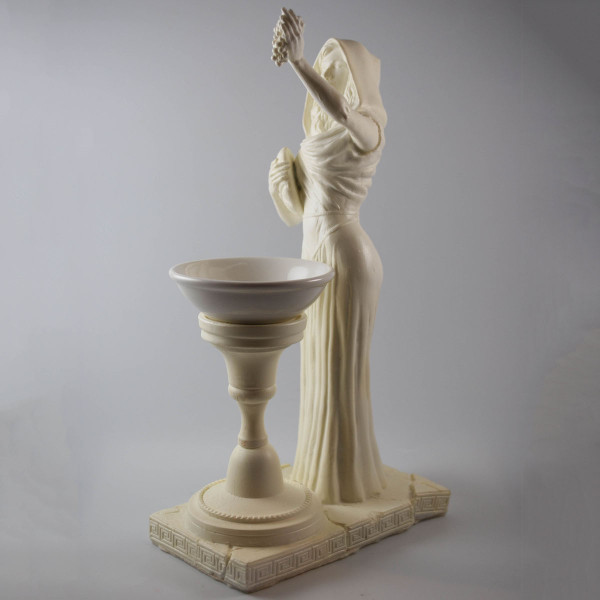 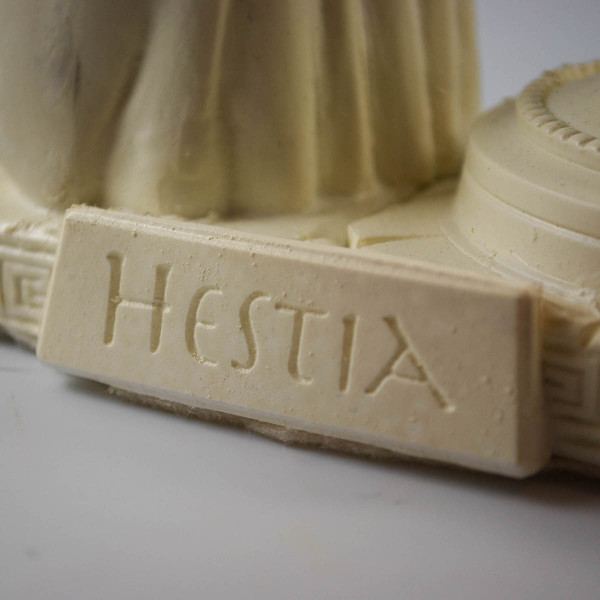 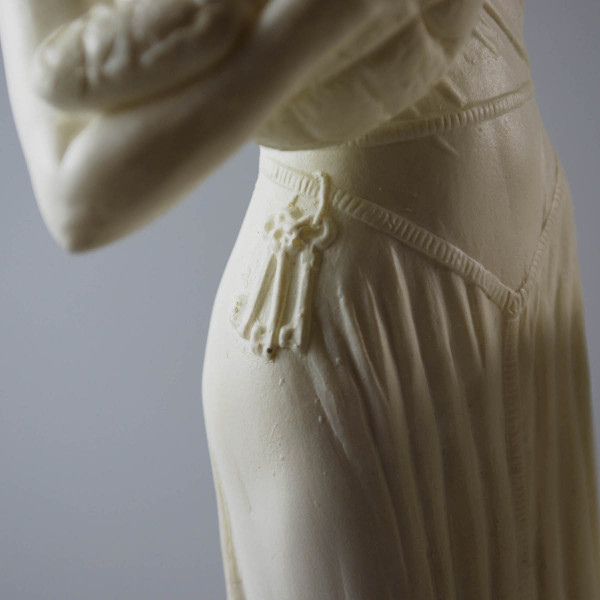 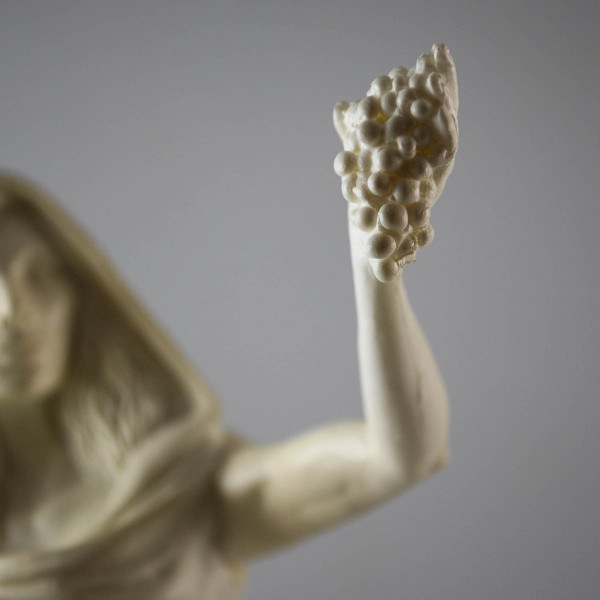 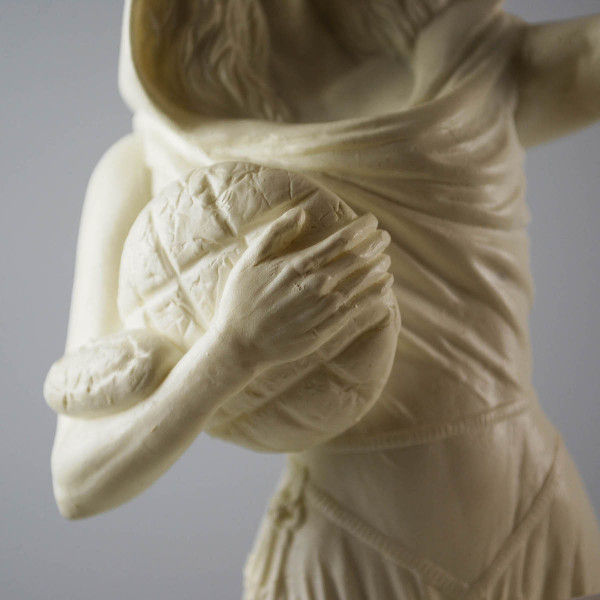 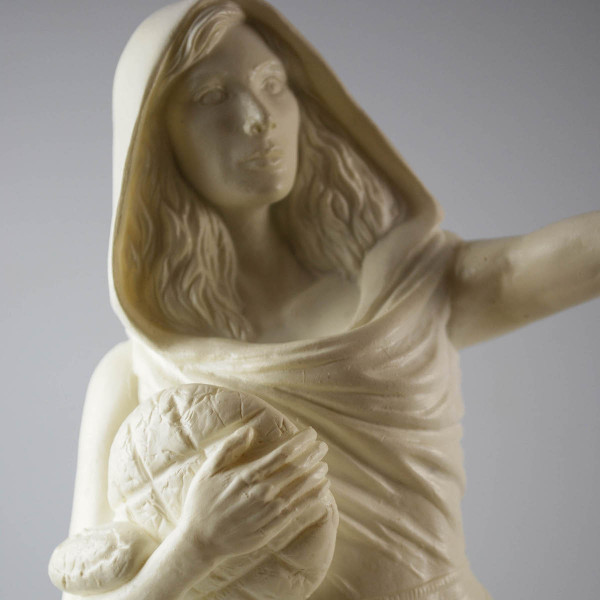 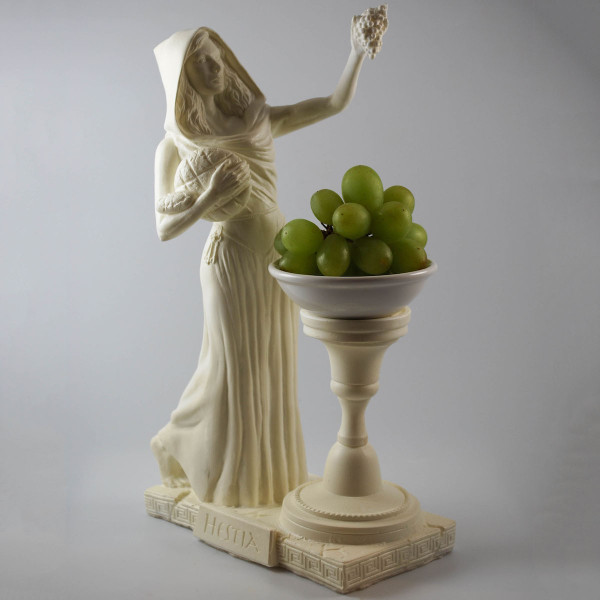