Lleu Llaw Gyffes (The light one with the skillful hand) is a Celtic Deity who appears in the fourth branch of the Mabinogi, in the tale of Math, Son of Mathonwy.

He begins life as a 'pethan' (small thing or scrap) left behind when Aranrhod jumps over Math's wand to test her virginity. Gwydion scoops it up and hides it away in a box at the end of his bed, where after a secondary gestation period, a young child is 'birthed' from within the box. The child grows at a super-natural rate so Gwydion takes the boy to see his mother at Caer Aranrhod, which unfortunately does not go down too well. Furious with rage at her shame, Aranrhod places three curses or fates upon the child: That he shall never have a name unless she gives it to him, that he shall not have arms unless she gives them to him, and that he shall not marry a woman of the race of the earth.

Being a magician, Gwydion sets out to foil these curses by use of magic. Firstly he and the young boy take on the guise of shoemakers and make beautiful shoes for Aranrhod. The first pair they send is too small, the next too large, so Aranrhod goes down to their ship to have her feet measured... while she's there, the young boy picks up a stone and throws it at a Wren, striking it between the back of the leg bone and the tendon. Gosh, exclaims Aranrhod, "the light/fair one has a skillful hand", which in Welsh is Lleu Llaw Gyffes - hence she names the child.

To foil the next curse, Gwydion and Lleu take on the guise of bards and attend Caer Aranrhod once again. This time Gwydion uses his magic to create the illusion of an attacking force coming by sea... Aranrhod demands that the bards offer her protection... "but my lady, we are bards and have no arms to defend you'... No prizes for guessing what happened next.

And to break the final curse or fate, Gwydion and Math turn to magic to conjure a woman made of flowers, Blodeuedd, as a bride for Lleu. Unfortunately she falls in love with another, Gronw Pebr, and they plot to kill Lleu. But he cannot be killed by any normal means... Neither indoors or out, nor on horseback or foot, nor in water or on land... So Blodeuedd tricks Lleu into demonstrating exactly how he can be killed and Gronw hurls a specially made spear at Lleu, striking him in the side. But Lleu does not die but transforms into an Eagle and flies up into an Oak Tree.

Gwydion is deeply troubled by what has happened and sets out on a quest to find Lleu. He follows a white sow (a hwch) to the base of an oak tree where she is feeding on the rotting flesh and maggots that are dropping from the tree. He looks up to see a gravely wounded eagle in the topmost branches of the tree and at once knows this to be Lleu. He turns to magic once again and sings an englynion to coax the eagle down from the tree and strikes him with his wand to transform him back into Lleu whom he nurses back to health.

This beautiful hand-cast statue, envisioned by Lisa was sculpted by Joe Laudati, depicts Lleu as a god of light, holding in his hands lanterns containing both the Sun and the Moon - Lleuad is the Welsh word for Moon, which loosely translates as Lleu's lamp. On his arm is perched a Golden Eagle and on his tunic is his coat of arms which includes an image of the Wren that he so skillfully struck and earned him his name.

Each statue is hand finished in a beautiful slate blue/grey color and is numbered & signed by the artist, Joe Laudati. 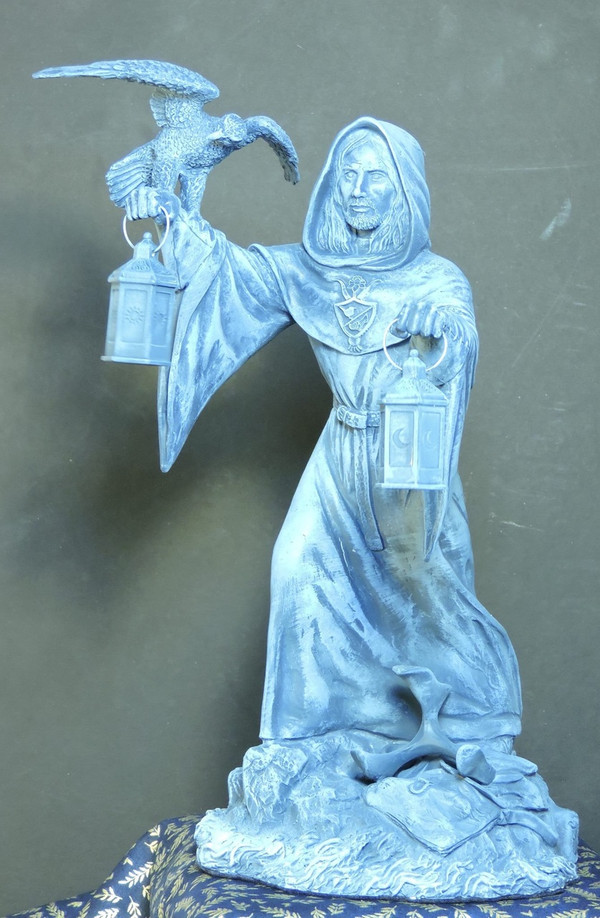 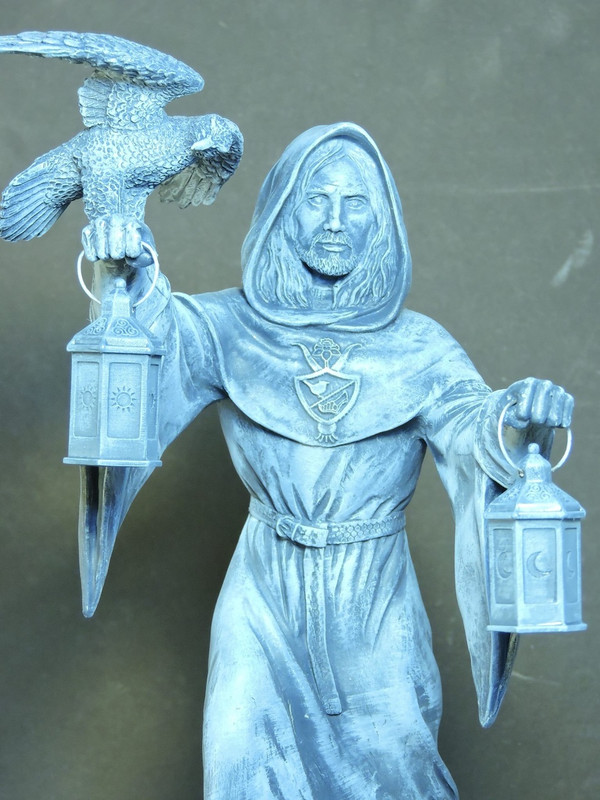 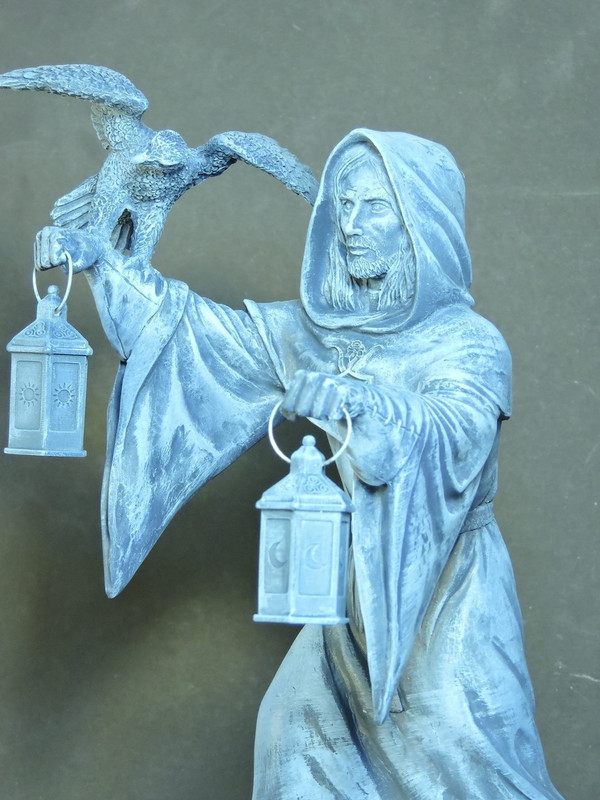 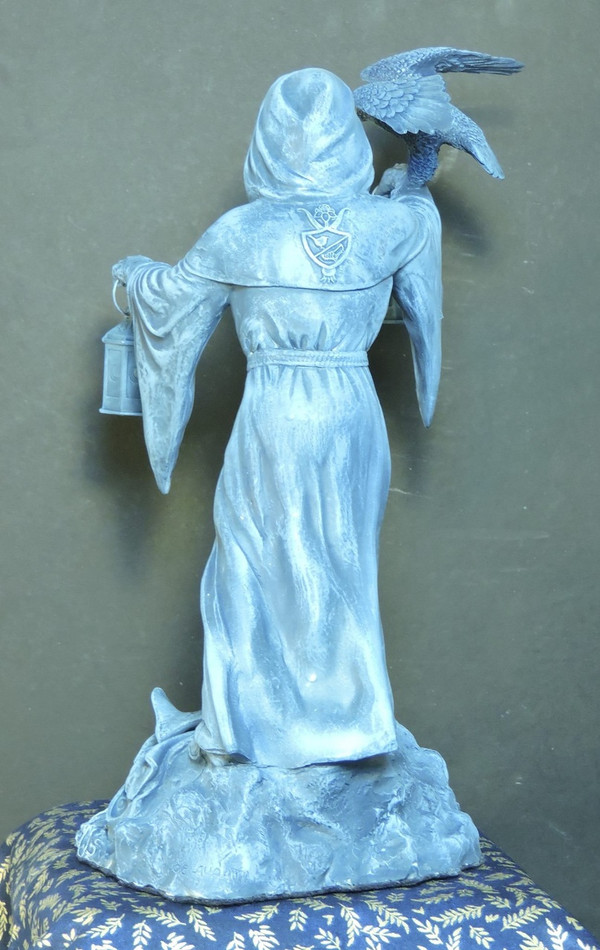 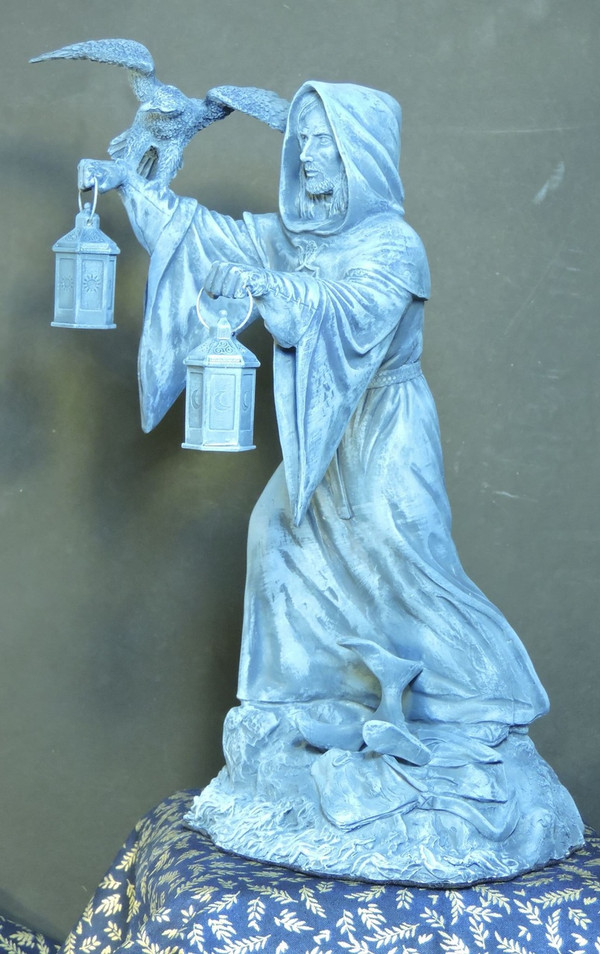 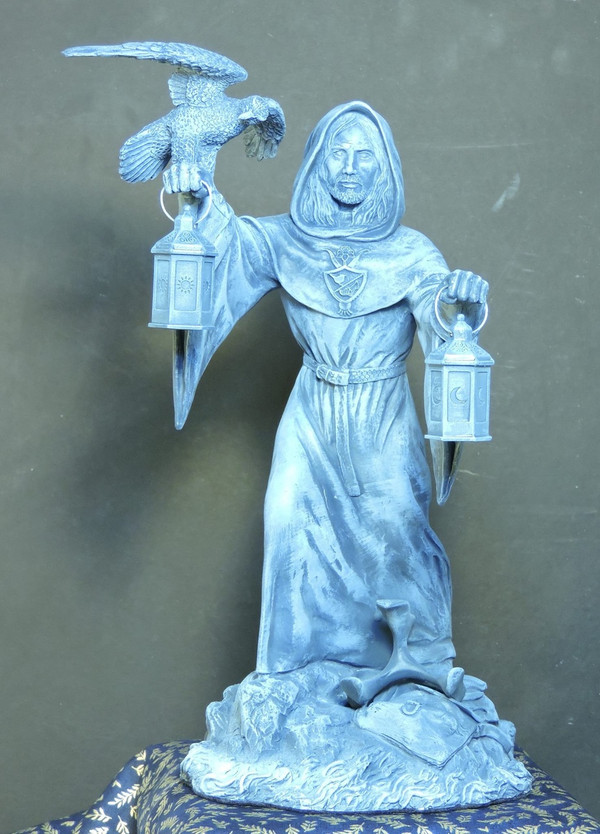 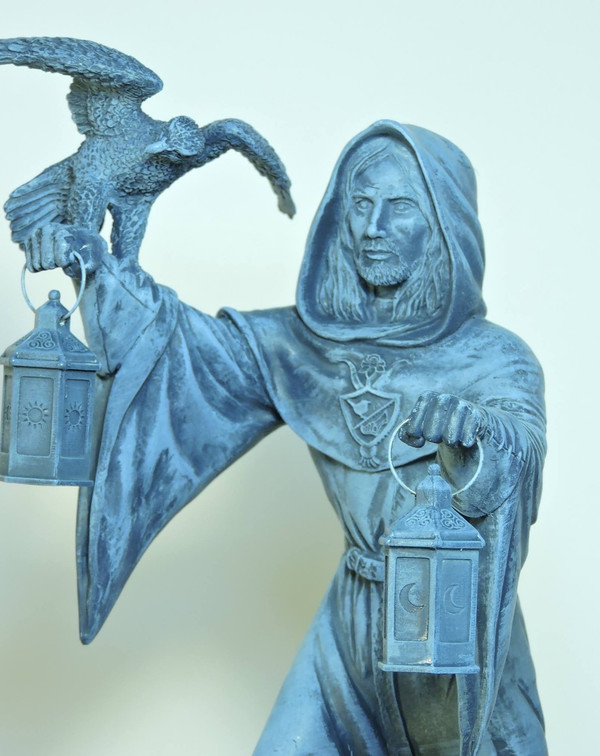 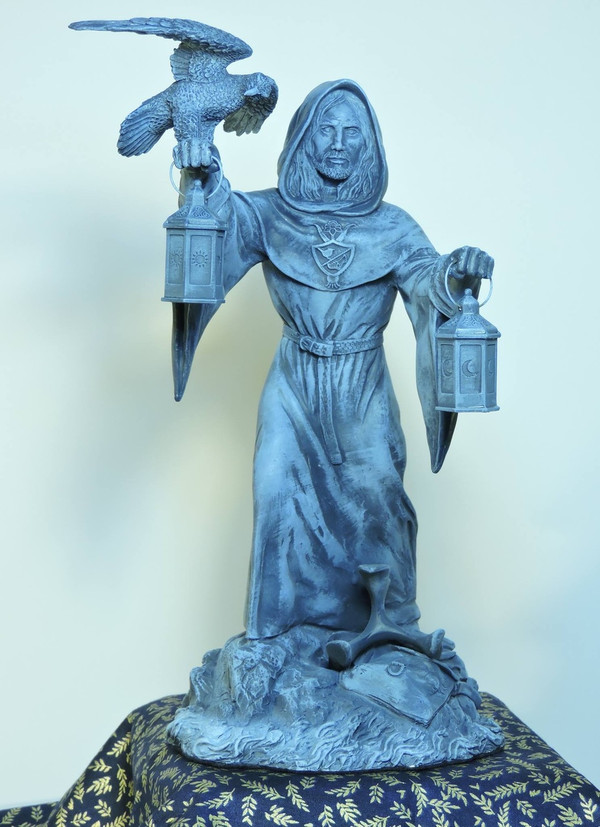 This statue is stunning, and incredibly detailed. I love all of the symbology that the artist captures within the statue without making it obnoxious. This store is also one of the few places that Welsh Polytheists can find statues to represent the Welsh gods and goddesses. I’m very impressed and will be collecting all of the Welsh deities. :-)